I know its not exactly Cyberpunk but still, it comes very close and I am excited. 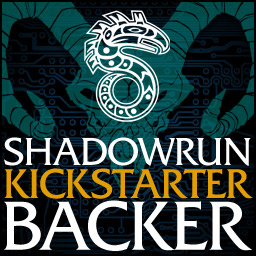 I had heard of the Shadowrun rpg but never really touched it; let alone played it. I’m really looking forward to this game! This being said, I’d prefer to play it on Android instead of PC but I guess I’ll just have to hope it comes along some day.

Edit by request from the comments: The game was always coming to tablets near you
Shadowrun Returns (for Apple & Android tablets and PCs) is the game that Shadowrun fans have been waiting for a long time.
hooray!
The game does have some vocal fans though 🙂

This would, I guess, look a lot like my favorite Android game: Cyberlords – Arcology
Its an awesome “Lead your four-man team of augmented cyber-warriors on dangerous infiltration missions.” type game and I loved every second of it. Awesome game! And playing it filled me with hope for games to come; its obviously a big engine and common sense dictated that they must’ve written it with re-use for different settings & stories in mind. Sadly, a couple of emails to the developers shattered my hopes. I came to understand that the engine is old and the story is pretty hard coded. Creating a new game on the engine would not be a viable option as it is not anything near the current options for Apple-Android cross platform code.
I do get that they dont want to invest in the concept any further; I dont think the game in itself was a huge financial success, considering the probably big dev costs for the engine. I figured the investment would be worth while after creating several different stories and settings, but ….

That being said, Arcology provides an awesome 6 hours of mobile entertainment!
And I am backing the new Shadowrun game because I expect it to be Awesome!